See you at the Wiltshire pre-Christmas show!

We are delighted to tell you that, at long last, we will be attending a show once again. Following the cancellation of the Reading 0 Gauge Trade Show, Nigel Smith of Omen Miniatures has, at short notice, pulled together an exciting replacement pre-Christmas trade show which Masterpiece Models and 20 other carefully selected, quality traders will attend.

Admission will be by ticket purchased in advance only (Covid control).
You can find out more and purchase tickets HERE. We are very much looking forward to meeting our old friends and customers (and new ones too!) to start the festive season.

For many customers the show will provide the first opportunity to take a close look at our new Western Diesels. We will also be displaying and running examples of our 70XX 'Castles', 'Granges', 47XX 2-8-0 and pannier tanks. The first production models of our 'Halls' and 'Modified Halls' are also nearing completion in Korea and it may be possible to ship one to the UK in time for the show. See you there!

Apologies for the radio silence 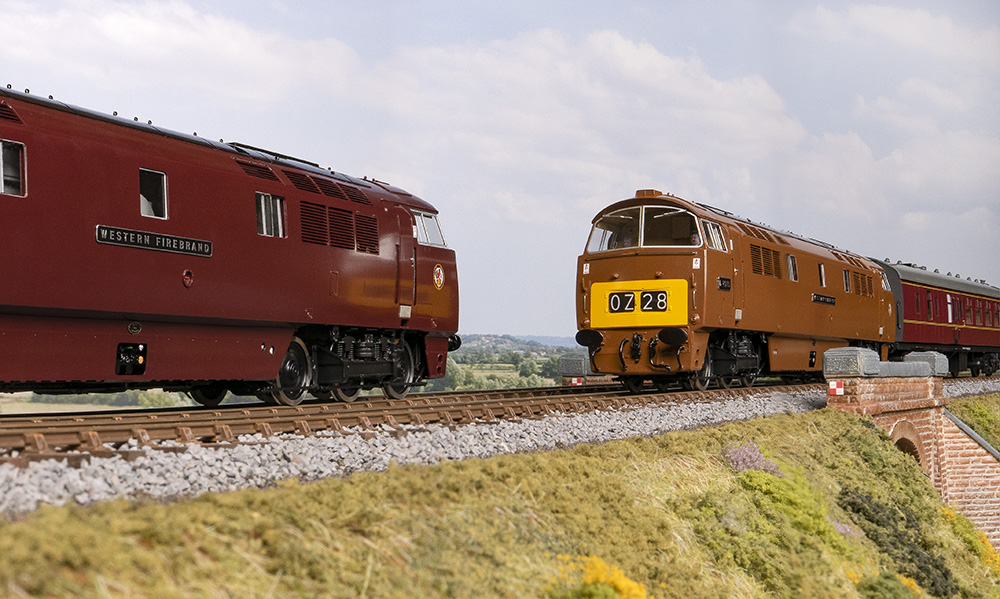 Why, you may ask, is it taking so long to deliver the new Masterpiece Models ‘Western’ diesels to patient customers? After all, it’s a couple of months since they arrived in the UK, so surely all the pre-delivery checks should have been completed by now?

Well, you could say that we have found ourselves at the centre of a perfect storm. The ‘Western’ is by far the most complex and sophisticated model we have ever produced, both in terms of fittings, drive train, lighting, sound, electronics as well as mechanics. As the production progressed we would normally have made one or more visits to Korea to carry out wide ranging checks and inspections, but with the onset of the pandemic we had to face the fact that South Korea was a ‘no-go’ destination. We were able to monitor some of the work via photographs and videos, but some details and functions just could not be checked fully by those means.

Rather than delay import once the build was complete, we arranged for the ‘Westerns’ to be shipped and, as you have seen from the photos on this site, the models are absolutely stunning. However, we never make any assumptions so we began the long task of checking every model visually, with instruments and with running tests. Two issues came to light: the first, which was beyond our control, is that the manufacturers of the electronic decoders have updated the firmware necessary to operate them, meaning that each decoder has to be reprogrammed and re-wired. This work will be carried out by our sound engineer.

Secondly, the complex drive train from the large and powerful Maxon motor has to be set up in a very specific way to deliver the surge of power we want at all speeds. The builder had clearly struggled with some of the settings we demanded so, taking two unreserved models as ‘mules’ – one in 0 gauge and one in Scale 7 – we implemented some engineering changes to the transmission. We have now arrived at a very successful solution which will now be applied to all the models.

Much as we would like to say to everyone who has reserved one of these splendid machines that they will have their model in the next week or two, realistically this work will take time – probably 2 to 3 months – so customers will, we hope, receive their models by Christmas.

We do appreciate that this delay is irritating, but the whole ethos of Masterpiece Models is to produce the best ready-to-run 0 gauge and Scale 7 models available today and we won’t compromise by releasing sub-standard models to the market. When you do receive your ‘Western’ you will know that it is the best model it can possibly be. After all, that is what you are paying for.

In the meantime here are a couple more photos, this time of D1015 in the unique golden ochre livery. 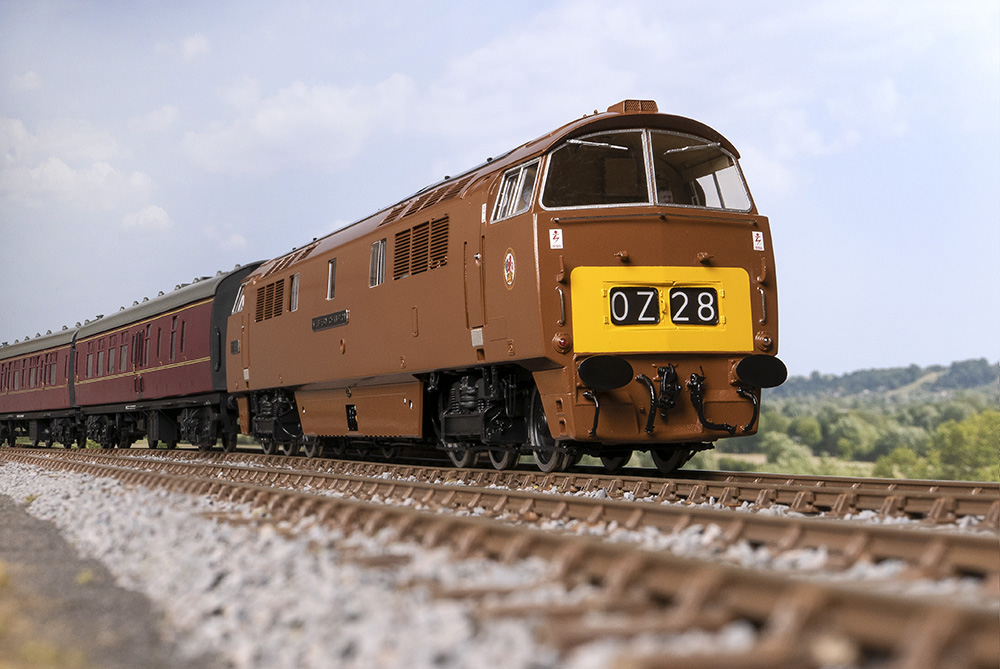 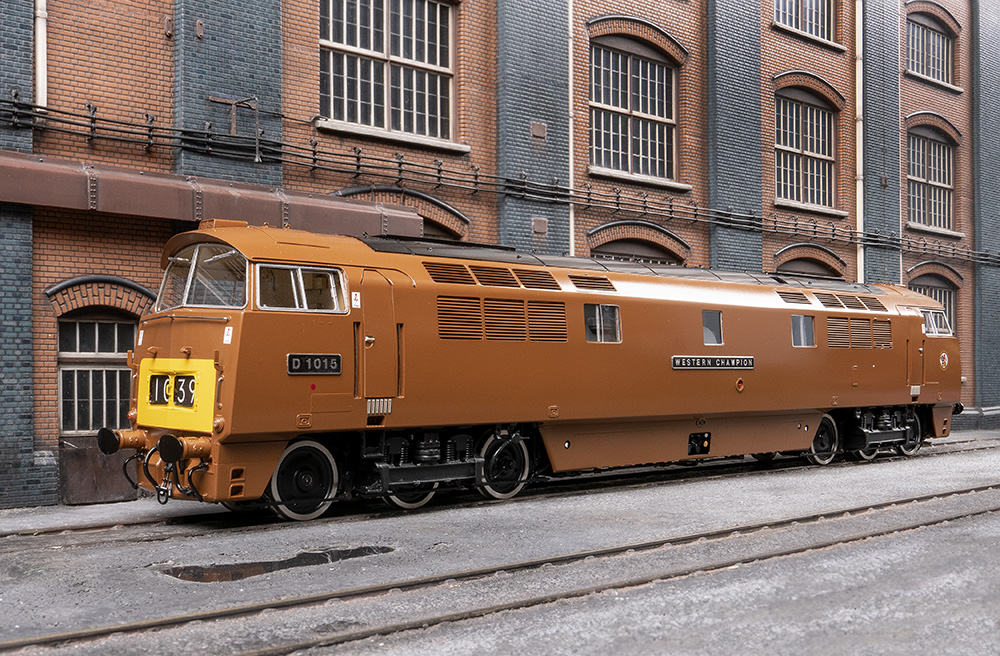 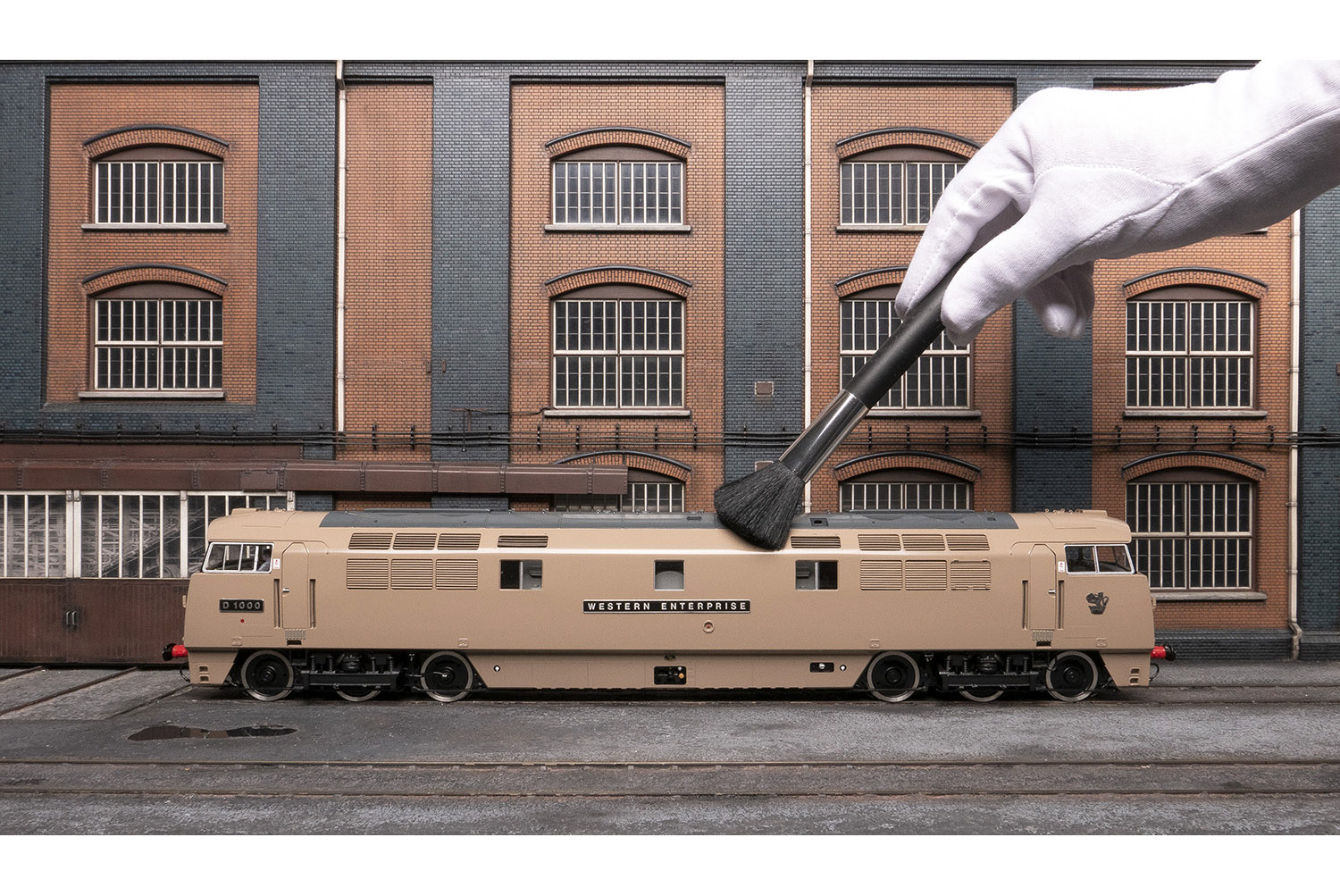 We have undertaken a major photographic session and you can view the pictures in a gallery HERE.

We are busy checking through all the 'Western' diesel hydralics as we have been unable to do that in Korea due to the travel restrictions. Deliveries to customers will soon begin, but we are so excited about these models that we wanted to share some more images with you.

You can check availability and make a reservation HERE. 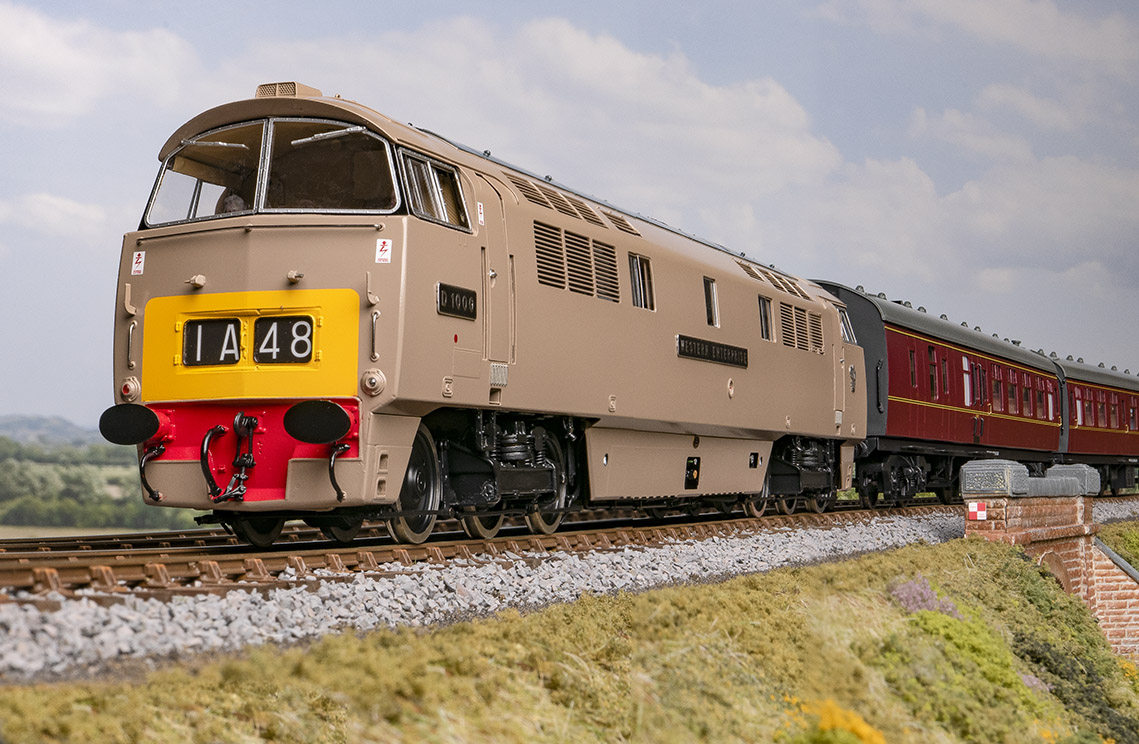 All 139 models safely arrived in the hold of a Korean Airlines B777 aircraft at London Heathrow Airport. We presented No. 140 to Mr Song, our builder, in gratitude for all his hard work on this project, especially recovering from the factory fire in 2019. The engines were quickly cleared by HM Customs and the models have now been received in our warehouse.

Ros and I have spent the last 10 days carrying out detailed visual checks on all the models and we are extremely pleased with the appearance of the locomotives. The placing of the models by the builders in the eight large packaging boxes proved to be far from sequential. This has meant a lot of sorting out at this end to ensure that all the specifications for each model are correct. The variety of the models, with livery and configuration differences means that there are quite a large number of variations to be examined and checked. Bryan, Adrian, Ros and I have had a good look at a selection of engines and we all feel that the appearance is outstanding and probably the Western is best locomotive ever offered under the Masterpiece Models brand. 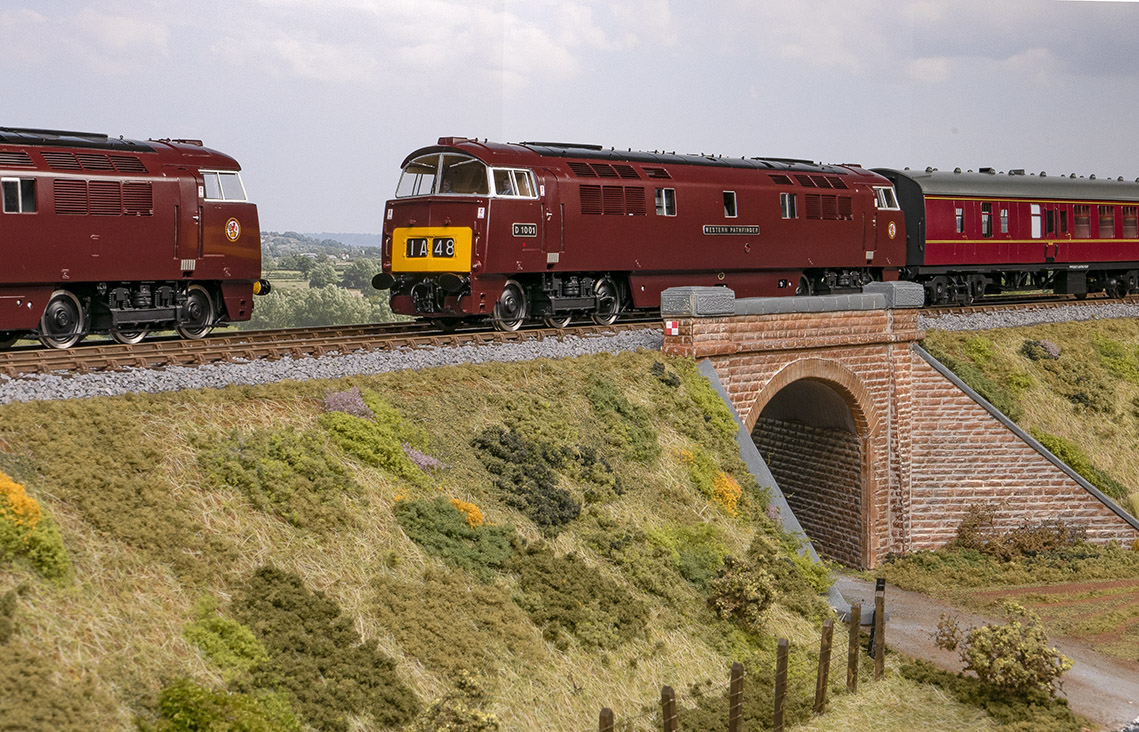 Due to software upgrades by the decoder manufacturers ESU (circumstances beyond our control), every engine will have to have the decoders reprogrammed and the wiring circuitry checked before they can be delivered to customers. Bryan Robertson is carrying out this Herculean task (with a little help from me). We are concentrating on upgrading the ordered locomotives first and then the plan is to work through the others. We think it will take around eight weeks to complete all 139 engines.

Much of this work could have been carried out in Korea had we been able to travel out there to perform the normal checks. As you all know, the COVID-19 travel restriction have made it impossible to visit Korea – our last visit was in December 2019. 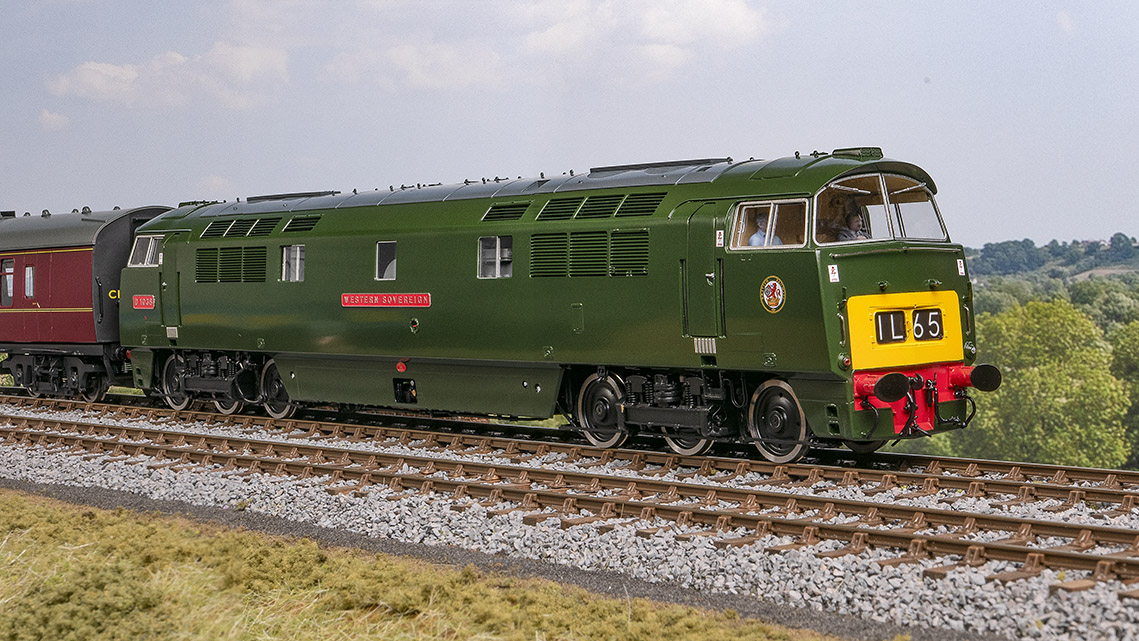 We are now so close to being able to deliver your ordered models and we thank all customers for their considerable patience. We will now press on with the final checks as fast as we can so that you receive your model in the shortest possible time.

GWR / BR(W) Prairie tanks
We have one 4575 sloping tank prairie in BR lined green with the earlier Lion-over-Wheel emblem fitted with Scale7 wheels. All the other engines have been sold. We have three engines which have been sold and not yet delivered due to wheel reconfiguration or delayed due the COVID 19 Pandemic. We expect to be able to supply these engines fairly shortly.

We are taking enquires /reservations for second hand engines as many of you are still requesting these models.

Collett Halls, Modified Halls and 28XX 2-8-0 Freight Locomotives
The builders are still assembling these models after painting. It is a slow process with reduced labour force. As I explained before, the COVID-19 regulations are very strict in Korea, so the factories have to work very carefully to comply with the law. We don’t want to rush the production, as that could result in us having to make large numbers of corrections here in the UK.

The Westerns are on their way!

Our Class 52 'Western' diesel hydraulics have finally been completed and were shipped from the factory this morning! They are seen here being loaded into a van which will take them to the air freight terminal.

When they have arrived in the UK and cleared all the import and customs checks, we will commence deliveries. If you are interested in a 'Western' but have not reserved one yet, now is the time to pick the one you want from the availability list HERE. 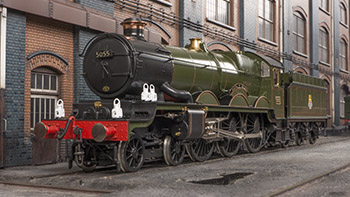 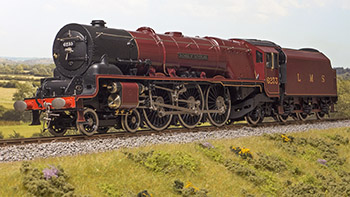 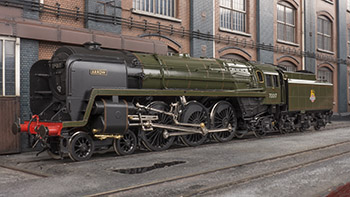 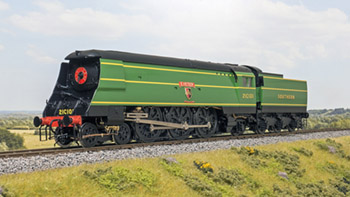 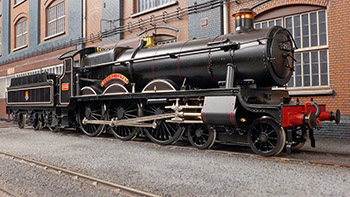 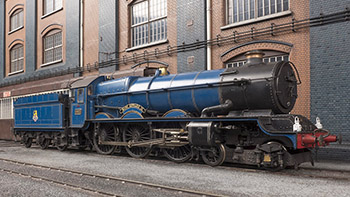 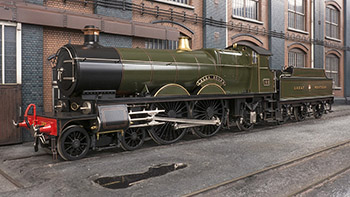 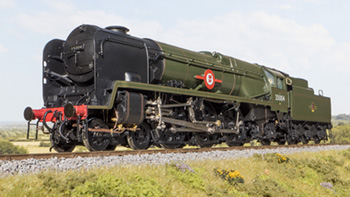 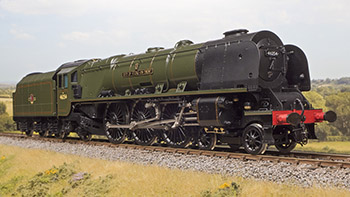 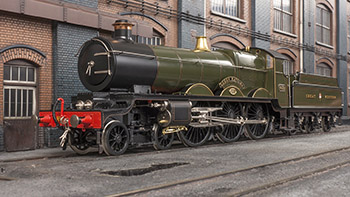